” Max Beckmann’s Negro: Sexuality and Race Behind the Scenes “ 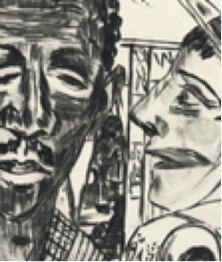 Congratulations to Associate Professor Karen Barzman, who was recently elected by the members of the Renaissance Society of America as Discipline Representative for Art History and Architecture. Barzman is also a member of the editorial board of Renaissance Quarterly, the quarterly journal of RSA. In both cases, her service will last from 2012 to 2014.

More information at the link. 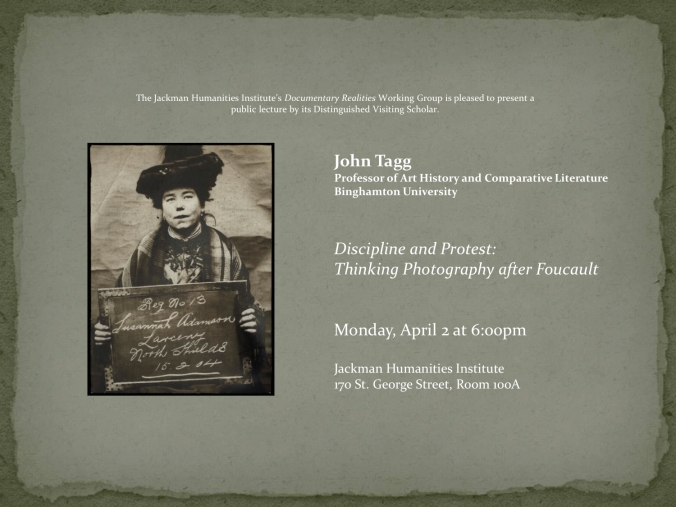 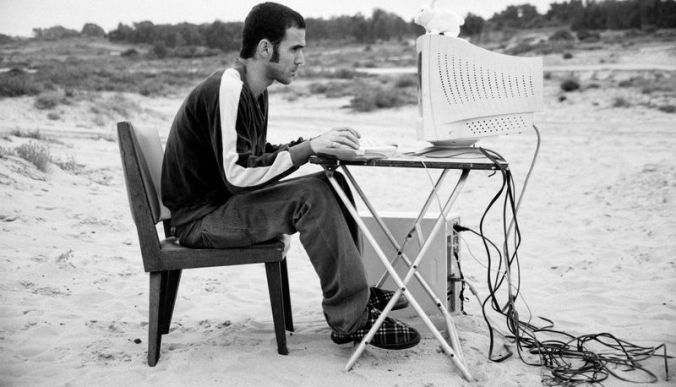 Doctoral candidate Chunghoon Shin did a doubleheader last weekend, delivering a paper at the Association for Asian Studies Annual Conference in Toronto titled “Art Encounters Seoul: The Film The Meaning of One Twenty Fourth of a Second.” Chunghoon also spoke at Cornell University’s symposium, “Seoul Rising: A Korean Spatialities Workshop,” on “Seoul Modernisms: ‘Experimental art’ in the Era of Modernization of the Fatherland.”

Please join us next week for a conversation between Assistant Professor Kevin Hatch and Tom Crow, Rosalie Solow Professor at the Institute of Fine Arts, NYU. Hatch and Crow will discuss Hatch’s book Looking for Bruce Conner on Thursday, March 29th at 7:00 at 192 Books in New York City.

More information at the link. 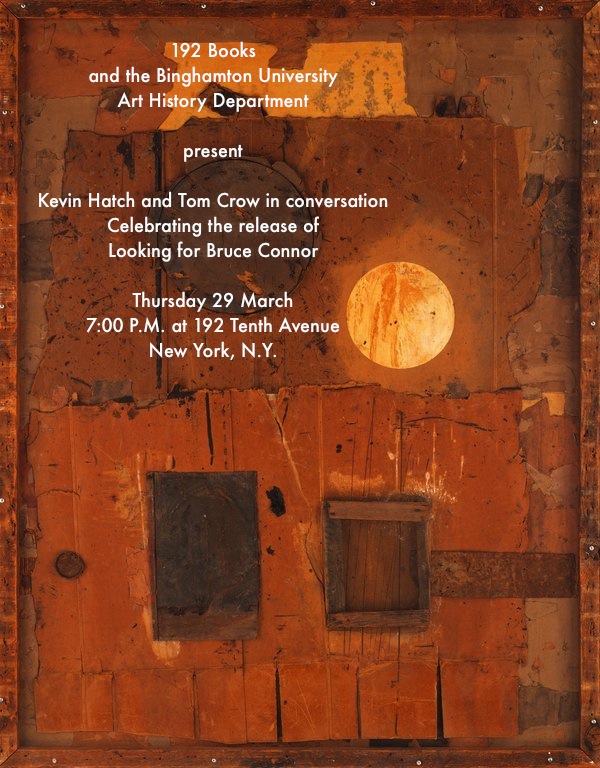 ” Max Beckmann’s Negro: Sexuality and Race Behind the Scenes “

The next lecture at the Institute of Advanced Studies in the Humanities will take place today at noon in the IASH Conference Room (LN 1106).

Laine Little, art history doctoral candidate and IASH graduate fellow, will speak on “Towers of Faith: Eighteenth Century Philippine Fortress Churches.” This presentation will explore the extent to which Philippine church architecture in the late eighteenth century diverged from its earlier European models as the focus of Spanish administration expanded from the primary impetus of saving souls to rescuing Spain’s political and commercial interests in Asia.

Associate Professor Karen Barzman will be presenting a talk this Saturday, March 24, at the annual meeting of the Renaissance Society of America in Washington, D.C. Follow the link for time and location.

“Mapping Dalmatia:  Cartography and the Management of the Venetian Stato da Mar”

In the prevailing economy of the sovereign state, territorial boundaries are essential to establish and maintain.  Hence the centrality of lines on maps.  What marks off one state from another are width-less cracks signed and sealed, as it were, by the logic of the line – that which has length but no thickness or distance across. Purely discursive (with no material referent), such lines nonetheless have tremendous authority in modern statecraft, permitting informed discussion and decision-making from dispersed locations about site-specific matters concerning jurisdiction and the limits of rule.

Lines on maps were an innovation of early modern Europe.  It was there and then that cartography became part of a developing “information-technology” tied to the governance of local, regional and trans-regional polities with an increasing dependence on the collection, archiving, and delivery of data across vast distances, including information in pictographic form.  This was a system of managing the state in which a clear vision of (and consensus about) boundary lines became desirable – for Venice along the eastern Adriatic, with increasing urgency over the years.

This paper focuses on a hand-drawn map produced before the Venetian “stato da mar” (maritime state) was composed of bounded units. It represents Venetian Dalmatia, a province of porous and shifting limits for almost 300 years, until that part of central Europe was fully surveyed by all parties, with borders fixed on printed maps in the late seventeenth and eighteenth centuries. Raising questions about the efficacy of maps in the “paper management” of the state when territories, realms, and kingdoms were summoned forth merely toponymically, this map, I argue, nonetheless stands at the beginning of practices of modern statecraft employing new media – an early, mobile form of display-based data-management we take for granted today. 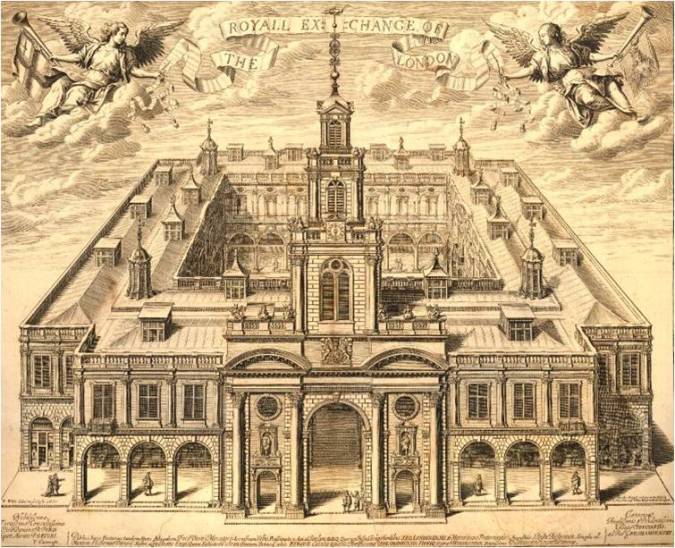 Doctoral student Hyeyun Chin will be in London at the second annualLondon Studies Conference, to be held at the Institute of Education at the University of London (June 22nd-24th). Called “LONDONCITY 2012: London – City of Transformations?”, this interdisciplinary conference explores London’s metamorphosis over many centuries. Hyeyun’s presentation, “The Marketplace as Theatrum Mundi: The Spatial Politics of the Royal Exchange in Post-Fire London,” examines one of the most performative spaces in the city and its role as a “stage” for global commerce. 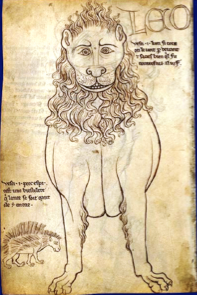 Villard de Honnecourtʼs frontal lion—more precisely, the adjacent comment that the drawing was contrefait al vif—has long provoked questions about the artist, his intention, and his veracity. Does the comment mean what it seems to say? Does Villard say what he means? By extension, the lion and the claims made for it require us to consider whether Villard worked “from life” (that is, from firsthand observation); how we might reach a reasoned conclusion on that point of workshop practice, and above all, why this issue warrants our serious attention. This paper responds to these questions by offering some guidelines for separating things seen from things imagined, and by proposing just why we should care about Villardʼs status as a truth-teller.

Jean A. Givens is Professor of Art History at the University of Connecticut. 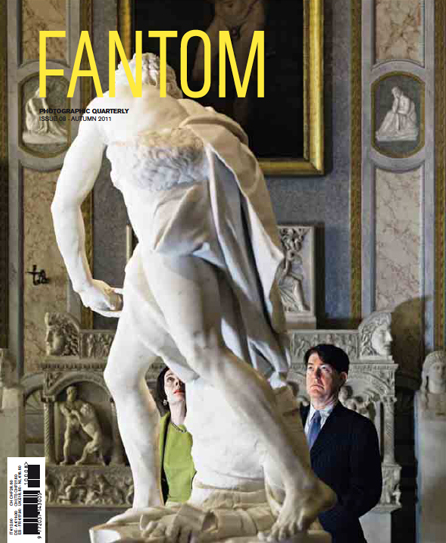 The current issue of FANTOM magazine features an essay on photographer Robert Heinecken (1931-2006) by Associate Professor and Chair Tom McDonough. Follow the link for more information.

“The Calligraphic Arts of India: Three Manuscript Pages in the University Art Museum” 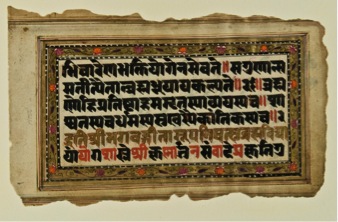