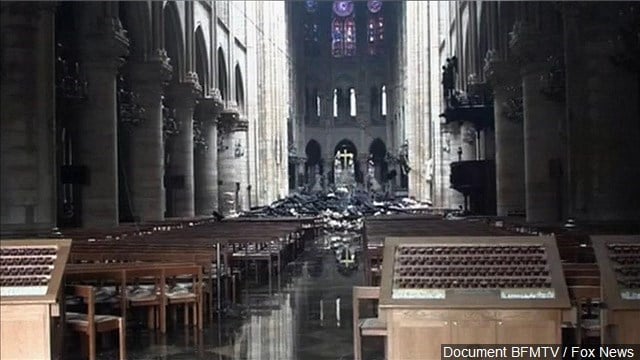 VESTAL, N.Y. –The world watched as Notre Dame, one of the world’s most well known architectural feats, burned. Though things like the roof and spire were lost amid the flames, Julia Walker, an Assistant Professor of Art History at Binghamton University believes much of the cathedral and its relics can be preserved and reconstructed.

“The preservation tactic of recent history is to show the damage, to sort of use the building as a record of history to teach viewers about history itself, to highlight the distinction between old fabric and new fabric,” said Walker. “The roof can be constructed anew and the cathedral will very much maintain its identity as the heart of Paris, the heart of French identity, and the very Catholic identity as well.”

The roof, made of medieval wood, is impossible to replace, but rebuilding a new one will be easy. The question is, how similar to make the newly constructed cathedral compared to its historic counterpart.

“It challenges authenticity,” said Walker. “It provides a lot of anxiety for a lot of people.”

Many of the artifacts inside are already being moved to the Louvre and governmental buildings. The organ made up of eight thousand pipes, some of the stained glass, and the altar were saved. Walker attributes that to the stone foundation, which provided protection for much of the building.

“The building was designed the way many Gothic cathedrals around Europe were, to withstand fire,” said Walker. “This is an example of architecture doing what it was meant to do.”